After a Cocktail Dinatoire with the delegates, and a scary presentation of countries and families that are already sinking away in ocean water (West Yorkshire/UK, Bangladesh, Kiribaty and Fiji, the islands of Panama, Miami and many more…) I ran into a wake of thousands of people for the Bataclan Theatre massacre, which turned out to be only 150 meters from my hotel. The solidarity was enormous. “Don’t give in to fear”, “We love you” and all kind of other encouragements with mountains of flowers and candles. 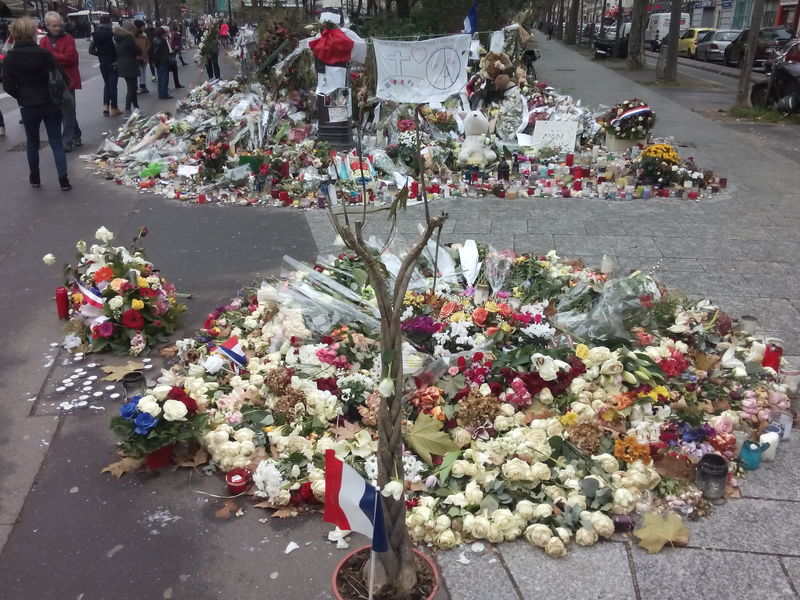 Sunday, I ended up on the Place de la République, which was covered with hundreds of thousands of shoes (‘our shoes will march for us, if we are not allowed’). These shoes were then spread over a few kilometres up to le Nation. 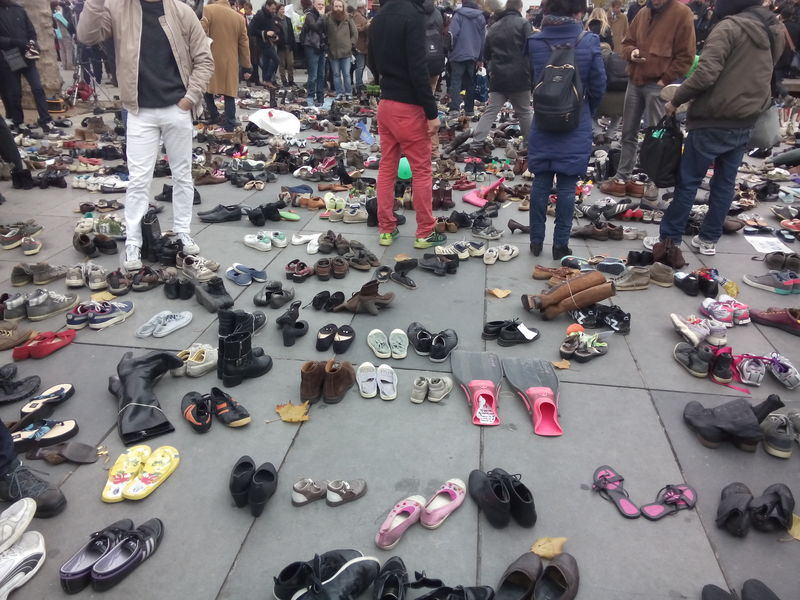 Our shoes will march for us...

When my renewable energy-invested colleague in France, Aurélie Sol (what’s in a name?) joined, there were hundreds of families, elderly and children peacefully joining on the square. There were posters, buttons, leaflets, giant puppet players, musicians, clowns and other idiots for the climate (like us).
As we sat down in café République, security troops marched by and all streets around the square were quickly sealed off by combat trucks and thousands of troopers in full combat dress. Soon, clouds of teargas filled the square. We had to run off and flee through the subway. End of our meeting. End of the COP21 encouragement effort. 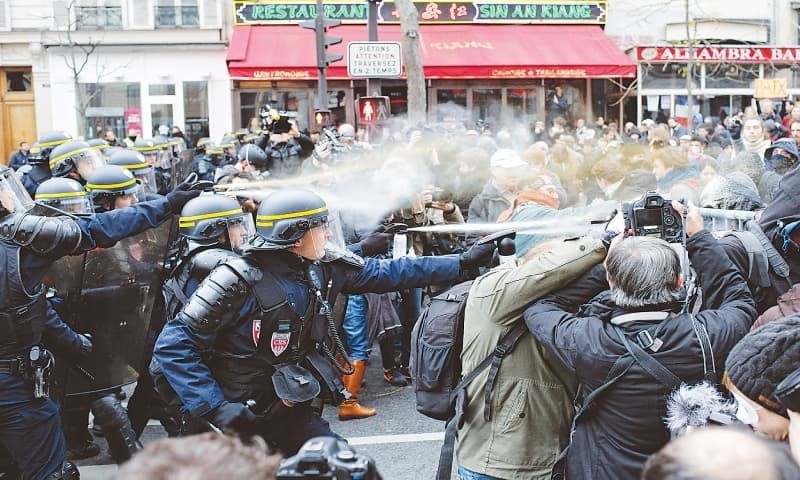 Come meet us around the world; at the VSK Utrecht, the ISK-Sodex in Istanbul, the Aquatherm in Moscow or at the Ecobuild in London! January 31, 2018
Thermaflex presents at the 4th Solar District Heating Conference September 20, 2016
​Thermaflex presents: Deep Geothermal for District Heating and Spa resorts in Romania and Bulgaria @ the European Geothermal Congress, Strasbourg September 13, 2016
Onboard the Train to Paris November 28, 2015
Contributing to a sustainable society the Thermaflex way November 27, 2015
Walking the walk: the COP21 November 26, 2015
Thermaflex Presents: Harmonizing comfort, capital and climate with thermal energy networks @ the Brightest!Greenest! virtual expo October 16, 2015
Thermaflex invites: The Brightest! The Greenest! September 16, 2015